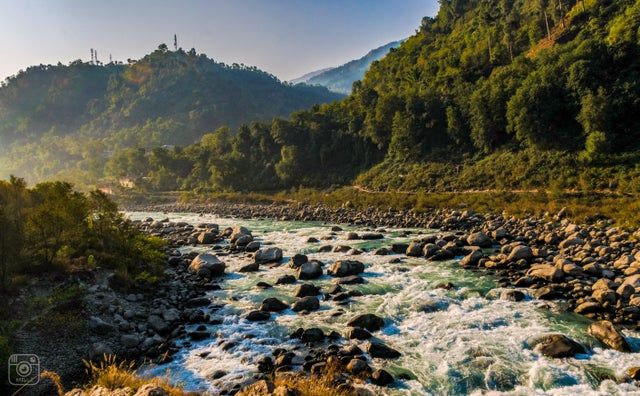 We are almost into this season of new beginnings. The spring, when flowers bloom, animals awaken and all the lives upon this earth seems to rejuvenate. During the onset of new life some locations in India exhibit the peak of their natural essence.

Now, when winter is slowly losing its wintry chill, we bring to you a completely offbeat destination to breathe in. Chamba, a town located at altitude of 3300 ft in Himachal offers you an ambience which is at its peak during the month of march. And so before visiting you ought to know about the various aspects of your destination to make most of your trip to this hill town location in the north.

khajjiar lake is nestled between the beautiful landscape of snow-capped mountain and cedar forest. The source of water in this lake are the various streams from Himalayas. Mount Kailash is also visible sometimes from here. Floating Island is worth noticing in this lake. One of the famous wildlife sanctuaries in Himalayas is kalatop wildlife sanctuary. It is a place loved by hikers and is home to various wild animals like goral, langur, serow and much more. It remains open throughout the year. Chamunda devi temple is a popular place among hindu pilgrims. It is also known for architecture for the gabled roof and is completely build of wood. The temple was built in 1762 by Raja umed Singh.

Chamera Dam built upon River Ravi, is one of the major sources of electricity in this region. It is also known for striking temperature difference in morning and night. It has no aquatic life and is well known for water sports.

After lake mansarovar in Tibet, the lake manimahesh is of highest religious significance. It is considered auspicious in hindu calendar , trek to manimahesh during months of August and September. Bhuri singh museum contains more than 8500 antique pieces majorly featuring the costumes, coins, arms, paintings, frescoes, musical instruments, royal jewellery and a lot more things. Through them the museum demonstrates the rich history and culture of the district Chamba. Akhand Chandi Palace portrays the alluring blend of the culture of Mughals along with skilful architecture of British. The palace is popular for its green and conical roofs to shed snow like other houses of Chamba. The champawati temple holds the shrines of Vasuki naga, wasir and goddess mahishasuramardini. Built by raja sahil Varman, the temple is one of the most famous religious sites. Rang mahal, one of the largest monuments of Chamba. The monument is handed out to the state handicrafts department and contains the historical artifacts of the period. It also serves as himachal emporium and has become a popular shopping destination for local handmade. The embroidery on silky fabric is done by women on the emporium.

The church of Scotland, a protestant church was built in 1903. It is one of the milestones of antique Scottish architecture. Its arched windows and deep carvings are well preserved and waiting for you to visit.

Explore the kalatop wildlife sanctuary to find some rare and preserved species of vegetation as well as habitat. Not only for the variety of species of animals like grey headed canary, blackbird, Eurasian Jay, also the various foliage of spruce, fir, cedar, deodar form an important part of the scenery . This mini jungle is heaven for nature lovers and let's tourists have a mesmerizing nature walk, wildlife sightseeing, bird watching and ideal space for even picnic.

You can have a special time admiring the wildlife beauty if you book the forest guest house on the premises of the sanctuary.

Chamba is also said to be the home of trekking trails and one of the best activities to indulge in Chamba. The paths pave an adventurous experience not only to the old trekkers but also for beginners. Chamba being home to a lot of serene lakes it is recommended to definitely try boating at Chamera lake, dam, panch pulla and more.

If you love traditional as well as handcrafted items then don't forget to visit chaugan market, Himachal emporium, and Dogra bazar for a delightful experience at shopping. Chamba artwork, miniature paintings, kangra and stew pickles are the things highly recommended to remember while shopping in Chamba. Bonfire and camping are also advised to experience at chamba due to the picturesque environment of the surrounding and mesmerizing weather. Some coveted camping sites in the place are Dalhousie, camp X Terra, Manimahesh Lake. Do you want to try river rafting but are afraid of lack of experience? Chamba is the correct place as the rivers of rafting are suitable even for beginners. Though restrain visiting rafting sites in winters and monsoon. River Ravi which flows in chamba is perfect for other  water activities such as kayaking and canoeing. Participating in festivals like  sui mata festival and Minijar festival would let you understand the historical and cultural aspect of the region. If you love biking then congratulations, chamba has a splendid such pass to let you explore the mountain biker in yourself. The view of the snow-capped and rocky mountains will let you fall in love with the experience. Don't have a bike?? Rent one!! But do not miss this mountain biking experience here at this place! You can also have another encounter with the wildlife in Tundah wildlife through Safari.

One of the activities would be to try these local  and traditional food of chamba. Madhra is a cultural food of himachal but originated at chamba. Dhaam is nutritious and served on occasions and festivals. Tudkiya bhath is also called as himachali pulao, but people of chamba cook this by adding their own flavour and style. Bhey is a spicy lotus stem cooked in ginger, garlic, onion and gram flour. It is absolutely savoured in every household of chamba. Chha gosht is prepared from souse lamb in gravy of gram flour and yogurt and the variety of Indian spices. One of the local dishes of chamba is siddu, little tiring to cook but once you get the taste, you'd bear it all. Babru is an added side dish served with the chana madra (himachali cuisine) A flat bread prepared with stuffing of black gram paste with kneaded dough, served with tamarind chutney. Popular among the locals, aktori dish is made from buckwheat leaves cooked in the wheat flour. It is famous in entire Himachal Pradesh. If you're searching for a delicious non-veg exclusive in chamba, Kullu trout fish is suggested. It is made by mixing a lot of boiled Vegetables and minimum spices to keep it healthy and its original taste intact. It is one in most popular non veg dish in the entire district of chamba.

The area was initially ruled by the Maru dynasty in around 500 AD. Raja Sahil Verman shifted the capital Bharmour (65 km from Chamba) to Chamba, after the request of her daughter Champavati. The name of the district chamba was named after her. Chamba was after British realm from 1846 to the 67 Kings of Raja Maru’s dynasty till 1948. And therefore the townhouses number of ancient forts and temples.

Chamba is well known for its handicrafts, textiles, Pahari paintings, art and Craft. Agriculture is the major source of livelihood for people here. The mesmerizing landscape of the district is surrounded by Kashmir, Ladakh, Lahaul, Gurdaspur and Kangra. The rich art, heritage and culture of Chamba remains preserved due to lesser connectivity and isolation from urban areas. The forests and rich vegetation of the district plays a vital role in adding to the beauty of the landscape here. Chamba is an important place in terms of traditional handicrafts, testaments of the rich heritage. Casting metalware is a tradition from the Bronze age period of history. The traditional footwear of women is made of leather and 'vegetarian embroidery is crafted on the one used for religious purposes where leather is prohibited. The handkerchiefs and shawls of chamba are famous for traditional hand-spun and designed and embroidered in a style in which both sides of the cloth look similar.

Traditional gold and silver jewellery, pottery, kitchenware, utensils, wood carvings, musical instruments are some of the things chamba is popular for. The local customs of dance like Pharathi (solo dance or two people), chhatradhi jatar is frequently performed during ceremonies and important occasions. The chamba is said to be an important producer of fine cloth and embroidered dresses for centuries.

The best time to travel to this hill town is from March to June, as these months pose pleasant weather and moderate temperatures. Summers of chamba have hot days and cold nights. After June the town experiences heavy rainfall and snow is often experienced in December and January so you can plan even these if you're a snow lover. It remains snow covered till March.

The traditional attire of people of Chamba is not very different from other parts of India. Men wear trousers and shirts; women wear saree and salwar -kurta. However the ceremonial costume stands out from other parts. The women of chamba wear pyjamas known as 'suthan' and 'parithan' which covers the upper part of the body. And a dupatta to cover the head. A special dress worn by hindu women in the region is Pashwaj, a gown with a short blouse (up to waist). A shirt and below a dress of many folds which touch ground. People in this part are very fond of accessories.

The major languages spoken in the region are Hindi, Pahari and Himachali. The official language of the town is Hindi. Most of the people understand and communicate in Hindi. And a major population also speaks languages from the himachali group. Some of them are Gaddi, Churahi, Pangwali and Bhatiali.

Travel tip- winters are suitable for those who have a tight budget for travel, you can experience an off season tour during these months. Venturing alone at night time in chamba isn't recommended at all. you are advised to carry sufficient warm clothes if travelling during winter. A sunscreen lotion with high SPF if visiting during summer.

The festivals, culture and setting of the place is sure to compel you to promise a return to the place when you'd be packing for your departure from the station. It is just 345 km in distance from the state capital Shimla and 580 from Delhi. So start planning your trip to re- energize your soul by breathing the sweet air of the valleys of chamba. And please don't forget to avail your discount waiting in the cart of mytravaly.com on exclusive accommodations.