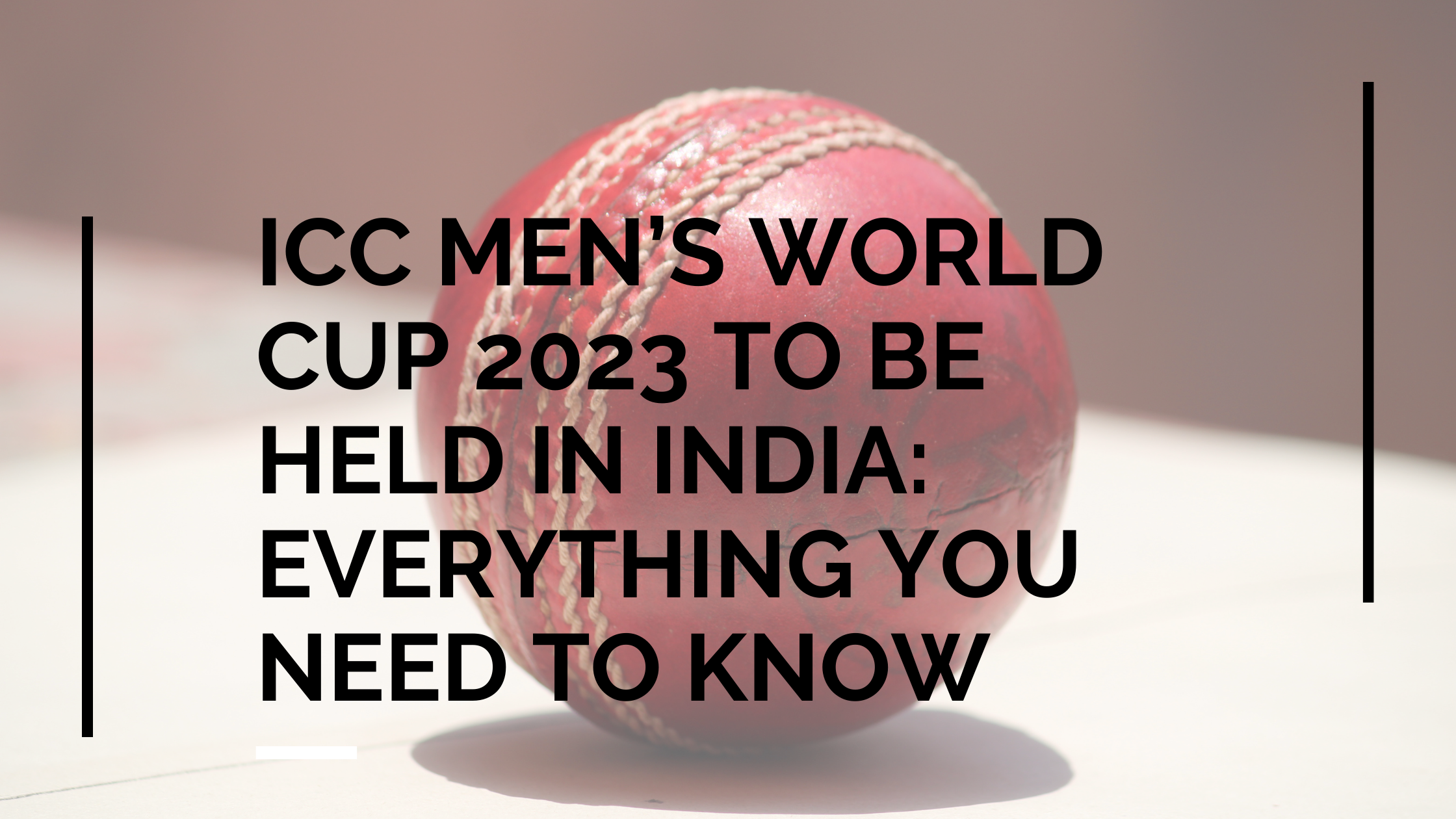 The ICC World Cup (International Cricket Council) most valued and respected game in the world of cricket.

The game occurs once in four years and brings the world's greatest teams together to compete against each other for a legendry cup.

The history of the World Cup dates back to 1975, where the first-ever tournament was organized in England. The cricket matches in that period consist of 60 overs and played in white uniforms with red season balls. The match was held only during the day.

The relation between India and ICC World Cup is very old; the country has won the World Cup 2 times.

1983 and 2011 were the years where the country brought the trophy home.

When and where last World Cup was held?

The ICC World Cup 2023 will be the 13th edition of the men’s Cricket World Cup. It is scheduled to be hosted by India during October and November 2023. This will be the first time ever that India will be the host of the entire tournament.

Impact of Covid on the tournament

In July 2020, ICC announced that both 2020 and 2021 editions of ICC Men’s T20 World Cup had been postponed by one year due to pandemics. Hence 2020 tournament moved to November 2021 and the 2021 tournament got moved to October 2022. The 2023 World Cup was also rescheduled to take place 8 months later than planned. Australia and India retained the rights to host the tournaments.

The preparations having been started by BCCI inviting applications for new Head coach and support staff which will be appointed by Kapil Dev Advisory Committee.

BCCI has now a long time for trying and testing players for the number 4 batting position that India couldn’t fill in. The Committee is going to test players at this position to ensure to have a solid no 4. Batsman for the World Cup 2023.

It is going to be the best World Cup for Indians and the cricket team, being a host for such a huge tournament is a great honour. 2023 is going to be a great year for the entire cricket lovers in the world because it’s time for India to welcome the competition and play it with sportsmanship.

The story is written by Ritika Arora: Content Writer, MyTravaly