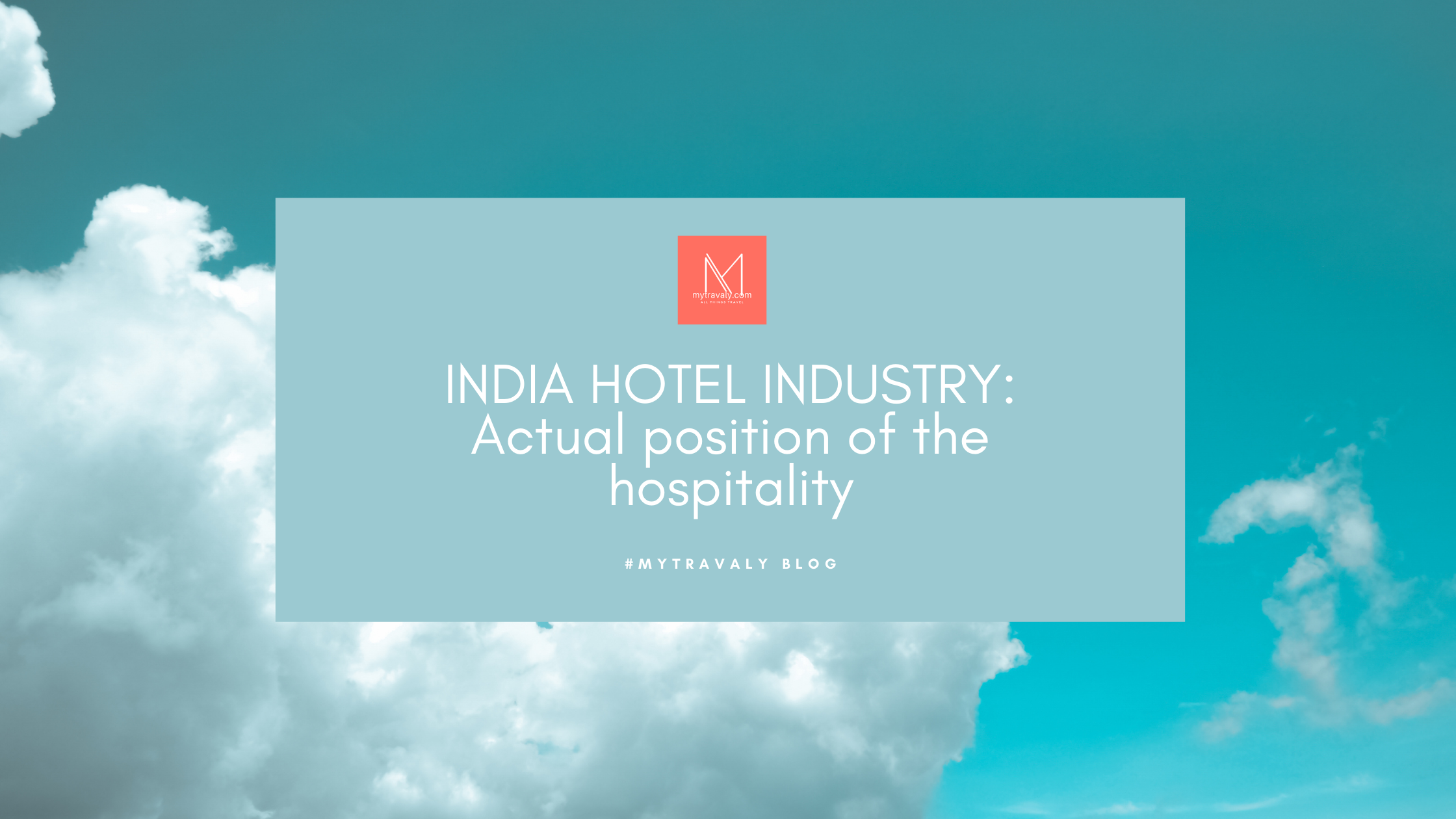 The major sector of hospitality sector in India depends on travel & tourism therefore the government has taken several initiatives related to the growth of the travel industry. India is a land of diverse cultures and the major reason for tourist attraction. Due to growth in IT Sector, there has been a massive change in the number of Business Travellers.

On the World Economic Forum’s travel and tourism competitiveness index, India has moved to 34th position in 2019 while it was in 65th position in 2013. One of the reasons the domestic travel industry profitable is the increasing income of the middle class.

There is an increasing interest in the millennial of traveling which is inviting ventures like Airbnb, Oyo Rooms and MyTravaly, make profits. These ventures have completely changed the positioning of hotels in India by offering flexible stays and being price-sensitive. Almost everyone can avail of their services as their hotels are located mostly in the prime areas of every city.

The Hospitality and Tourism Industry has shown healthy growth and accounted for 7.5% of GDP.  Every year the number of foreign tourists in India increase. In 2017, India registered 10 million foreign tourists which was the highest number to that date.

India stands in 10th position out of 135 countries in the tourism sector implying that affordable options are available.

Improving infrastructure is also an initiative by the Indian Government to attract more tourism. In 2016-2017, India received Foreign Direct of UDS 60.1 Bn (Rs. 4, 30,000). Except for few sectors like Defence and Atomic Energy, every sector is allowed free FDI Flow.

Some of the leading domestic players and international competitive players in the Hospitality and Hotel industry are:

The hotel industry is also dominated by several unbranded small players which are not recognisable. It is because of their price and easy availability to all the class of society. But the Hotel and Hospitality industry is emerging to be dynamic and profitable for both, domestic and international players.