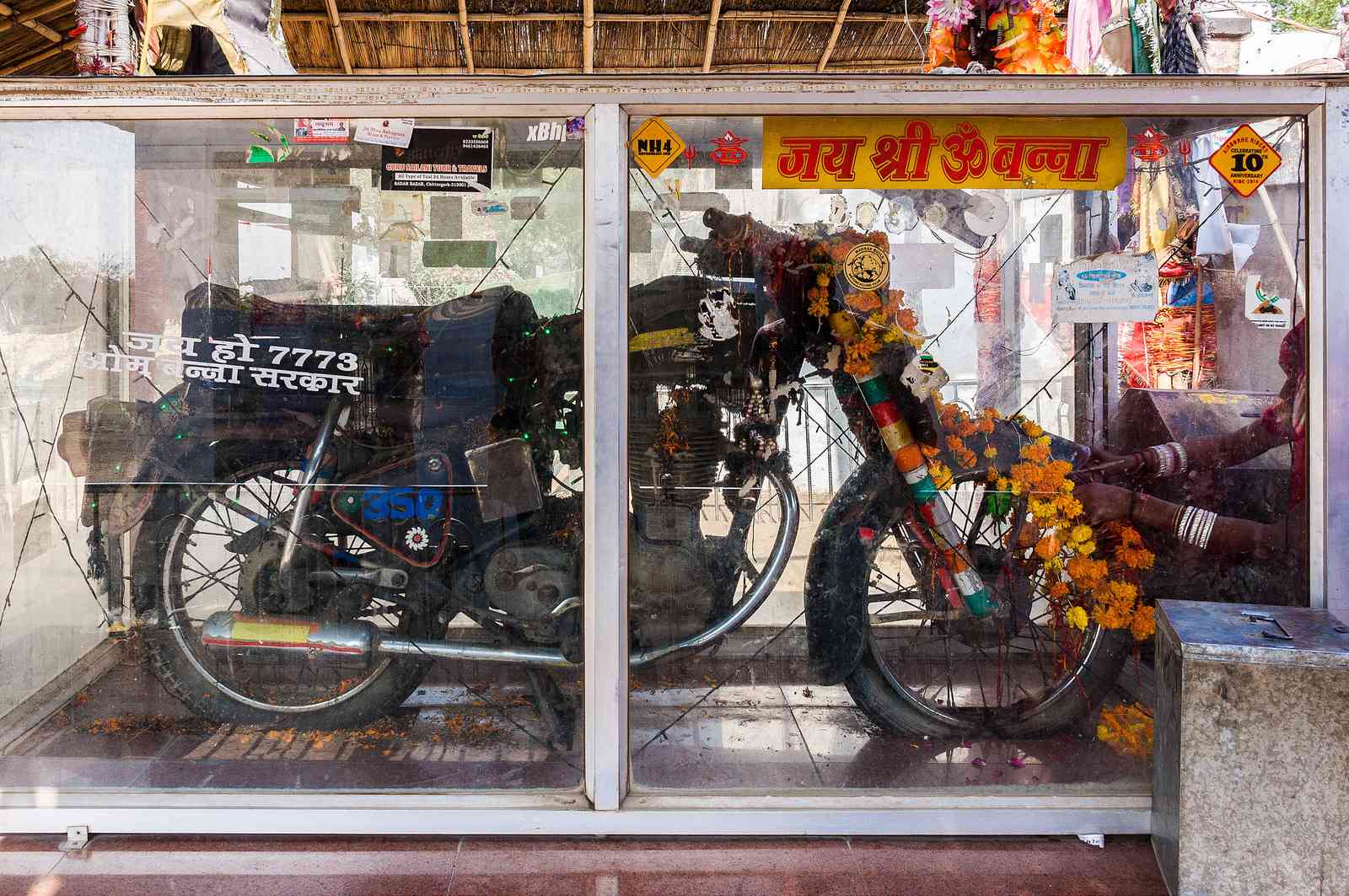 This temple in Jodhpur's Pali district has an interesting backstory. Om Singh Rathore Banna, also known as Om Banna, was riding his bullet bike from Chotalia to Pali.

He lost control while riding was involved in an accident, and died instantly.