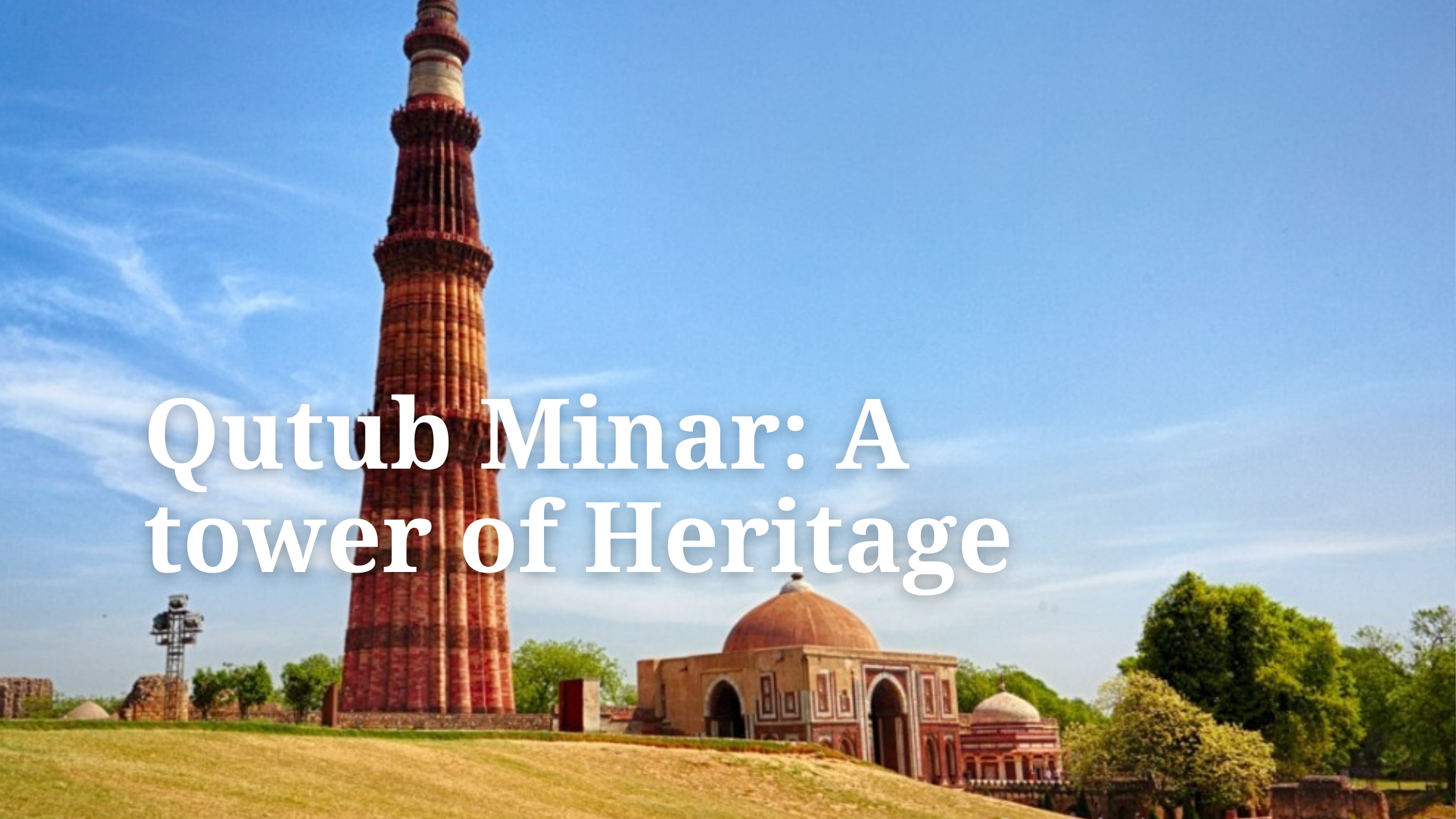 The Qutub Minar in Delhi is a towering landmark which never fails to fascinate its visitors. It is the first thing you see from plane while reaching Delhi. From the above you can see a tall minaret standing alone with lush green background. It forms a part of Qutub Complex.

The tower is located In Mehrauli area of Delhi. It is the most visit destination among travellers, history lovers and archaeological enthusiats. But things got changed in 2006 and the monuments became the most visited place even beating Taj Mahal. It is 234 feet high and the highest individual tower in the world.

The tower was built to celebrate Muslim dominance in the capital of country after the death of last Hindu ruler. Construction was started by Qitub-ud-Din Aibak, but he only constructed the basement. The later construction was taken over by his successor lltumish who build three more stories.

The last two stories were completed by Firoz Shah Tuglak. Different architectural styles from time of Aibak to Tughlak are clearly visible in the monument. It was built with red and buff sandstone covered with intricate patterns and verses from the Holy Quran. All five storeys of the tower are surrounded by projected balcony and supported by strong brackets which are decorated with Honeycomb designs

Reasons to visit the Tower

At first glance it looks like an ordinary pillar and as you get closer you will be astonished to see an iron pillar which is standing tall without rust on it. The Pillar stands in the middle of an empty square in the complex. The history of pillar is dates backs to 375-415 C.E. and was constructed by Chandragupta ll.

The tomb was built in 1235 A.D. Entrance of tomb is decorated with intricate patterns making it beautiful example of Indian Heritage. It was constructed with new material not making use of remains used in other buildings in the Qutub Complex. Tomb is considered as a scared place of worship and even today you can find people visiting the tomb for offering prayers.

Alai Darwaza is the main gate from the southern side of Quwaat- ul- Mosque in the Qutub Minar Complex. Built by Allaudin Khilji, the sultan of Delhi in 1131 AD the gate has domed the entrance which is constructed using red sandstone and is adorned with white marble.

The minar is an unfinished tower in the Qutub Complex.  Construction was started by Alaudin Khilji and came to halt in 1316 following his death. Today the massive red rubble structure stands at a height of 2.5 meters.

SOME OF THE PLACES NEAR QUTUB MINAR:

Even after more than eight centuries since its foundation Qutub Minar stands erect. The Archaeological Survey of India looks after the preservation work. Despite being old and few kilometres away from city centre the tower attracts more than million tourists each year.

Qutub Minar is a symbol of Indian culture, to all the history lovers and enthusiasts this place is must visit for them to explore about the important events happens in the golden history of country.

Visit this important historical monument of the country and explore the hidden facts about the monument.