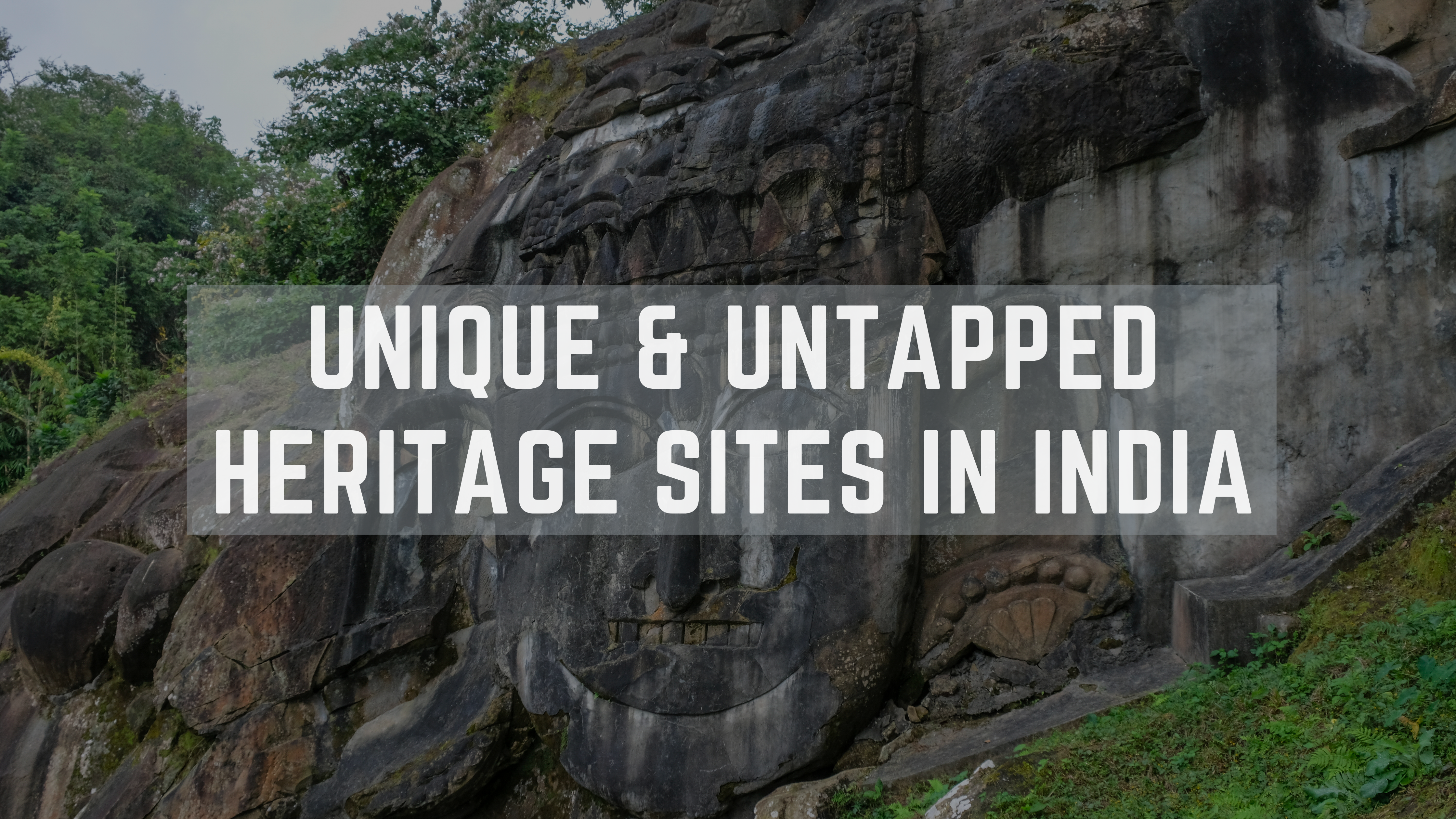 India has an enormous number of heritage sites exhibiting the diversified history and culture of the nation. These heritage sites deserve the same kind of attention and awareness. These sites are not quite known as some of the popular ones.

It is difficult to taste a cuisine, wear a dress, or visit a temple without it being considered "heritage" and these can be found everywhere around us.  So, instead of the Taj Mahal, Hampi, Khajuraho or Ajanta-Ellora, we decided to look at other heritage sites that deserve to be more popular in India.

The world's largest river island is unassumingly magnificent, marvellously peaceful, and cradled in the arms of the Brahmaputra River. It is a powerhouse of religious and cultural legacy, home to more than 100 species of migratory birds and dripping history.  What else is required to make this list?

When the Indus Valley Civilization is mentioned, everyone on the Indian subcontinent feels a surge of pride. Lothal is the world's earliest known dock and one of the most important towns in the Harappan era. The well-preserved site is a study of these ancient and civilized city layouts, life, culture and even death. It attracts visitors from all around the world. When will we realise how valuable this is?

Jawaharlal Nehru commissioned Le Corbusier, one of the forefathers of modern architecture to assist in the construction of Chandigarh. Le Corbusier's most ambitious project to date and showcases his knowledge, experience, significance and ideology. It is one of the best-designed towns on the Indian subcontinent and a must-visit for any architecture enthusiast.

In the 17th and 18th centuries, the renowned Malla monarchs ruled Eastern India and created magnificent temples inspired by Oriya, Bengali, and Mughal architecture. This architectural marvel was dominated by rich terracotta figurines and a trade that still exists in the neighbourhood. Bishnupur provides a rich combination of history, mythology and art to our list.

What did people look like a million years ago? What is the appearance of a 30,000-year-old drawing? Bhimbetka, also known as Bhim baithaka enlightens us on all of this and more. It has about 600 enchanting caves of awe and beauty.  We don't know if Bhim from the Mahabharat ever lived here or if there's proof of aliens visiting Earth. The facts, on the other hand, are so amazing that fictions pale in contrast.

The islands of Andaman and Nicobar are a sight to behold. Narcondam, a volcano-created island that has been inactive in recent years and it is one of these beautiful islands. The second-tallest point on the Andaman and Nicobar Islands is located here. It is home to a variety of rare flora and fauna including a hornbill species that can only be found on the island. Scenery, tranquillity and water sports to name a few Narcondam is brimming with history.

The Shaiba pilgrimage, which dates back to the 7th and 9th centuries is what best describes this area and what makes it historical is the rock carvings, murals and natural waterfalls. Lord Shiva is said to have rested here on his journey to Kashi according to tradition. When the other gods and goddesses failed to awaken in time, Lord Buddha headed out on his own, cursing the others to be transformed into stones.

Uttarakhand is renowned as the 'Temple City' in addition to its lovely hill stations like Mussoorie and Nainital. As a result, there is no doubt that there are unknown historical sites in Uttarakhand. Jageshwar, located just outside of Almora is a fascinating Kumaoni historic site. There are 124 temples devoted to Lord Shiva in the area, some of which date back to the 9th century.

Last but not least is this little meteor lake in Maharashtra. Which is surrounded by various historic temples and monuments dating back to the 6th century. It's surprisingly, that this exquisite location is still one of India's untouched historical sites.

It's definitely not a lesser-known fact that the history of India is rich in every way. This richness clearly exabit from all the great historical monuments and places we have that are famous all over the globe. So, grab your bags and get ready for such a trip exploring all of India's untapped historical wonders. We are confident that you would not want to miss out on being a part of India's rich heritage.