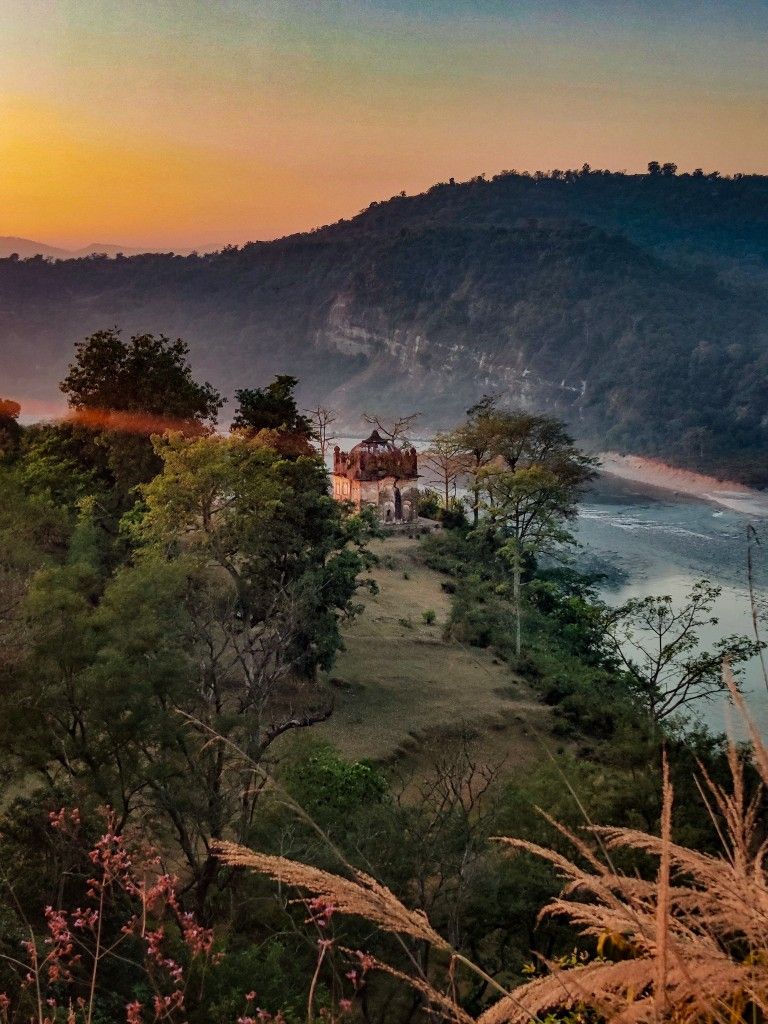 Who wouldn't love to Travel to this north Indian state, Himachal Pradesh which is home to a number of scenic mountain towns? One such town is Hamirpur, a one stop destination to admire the ancient temples, forts and shrines. Located near the bank of river be as, the place is a paradise for nature lovers and an endless adventure for a travel trotter. And if you are seeking some cultural insights in Himachal, hamirpur would be the best place to visit during Holi. The pleasant climate of the month and the excitement of the fair and festival is already waiting for you to lose yourself in the vigour of the celebration.

Sujanpur tira fort-During ancient times Sujanpur was capital of Katoch dynasty when this fort was constructed in 1758. It has five temples inside and a hall called' baradari'. the entrance of the fort consists of some beautiful wall paintings. The main attraction is the beautiful 'Gauri Shankar Temple' dedicated to lord Shiva and goddess parvati and the numerous wall paintings displayed in it.

Awah devi temple-This sacred temple is situated on a hill that is the highest point in Hamirpur. The back view of the temple is spectacular. It is a 250 year old shrine. A large number of hindu devotees travel every year seeking the blessings of the goddess Jalpa Devi who is worshipped here. And it is also said that their wishes are fulfilled here.

Tauni devi temple-Goddess tauni is said to be the sister of Goddess Durga. The 200 years old temple is highly admired by the natives of Hamirpur. During the month of June-July an annual fair is held in the temple attended by a large number of pilgrims from a lot of other states.

Nadaun fort-Also known as Amster- nadaun fort was once a royal residence of raja Sansar Chand. The major attractions are the excellent wall paintings and frescoes on the wall of the palace. It is also perched on a hilltop. Though in an obsolete condition it still amazes the tourists and visitors due to its architecture. It still stands as a huge heritage of the Katoch dynasty.

Gurudwara shri patshahi daswin sahib-It was built in memory of dasam pita shri guru gobind singh ji who fought and won the battle with mughal senapati for hill kingpins. It is situated on the bank of river beas. It curates a very peaceful ambience around and is well known for the same. the langar of this gurudwara is available all the time, stay is also available for the visitors.

Deotsidh temple -Among one of the most popular shrines in himachal is deotsidh temple. a cave temple dedicated to baba balak nath, a spiritual reformer during the time of Shakti movement. The temple is inaccessible but can be viewed from a raised platform in front of the temple. The festival of Holi or Navratri brings a number of devotees making the temple the biggest source for revenue.

Narbadeshwar temple- built by Maharani Prasanni Devi, the temple is 200 year old and built in Bhitti style of architecture. There are many temples around it which are dedicated to Durga, ganesh, laxmi, narayan and many more. The beautiful wall paintings of the temple are one of the major attractions.

Gobind Sagar lake-The lake starts from Bilaspur and extends till the district Una. An artificial lake built for the famous Bhakra Nangal dam on River satluj. Animals that are spotted near the lake are  Panther, wolf, chausinga, sambar, hyena, sloth bear, nilgai etc. It feeds electricity and water to a large part of the state.

The district provides opportunities like trekking, the Sujanpur palace paves an outstanding setting for activities like paragliding, rafting, angling, Mahaseer fishing are organized.

Being situated on the lower Himalayas, a variety of food crops are grown which curates a variety of cuisine in terms of taste and nutrition.

Babroo is a speciality, made from better wheat flour which is allowed to ferment and then fried in greased tawa. In the same preparation when sugar is mixed, the dish is known as dhandar. And if the wheat flour is replaced by rice flour in this preparation it is known as Chareli. Patende is also bade from this barter.

Mithdoo is a popular sweet dish made from cereal, sugar, grated coconut, ghee, aniseeds and water is added to the wheat flour which is kneaded and made into dough. They are cut into round shapes and then fried. seera is also a cereal based sweet dish popular for functions, festivals or occasions. storing them in an airtight container can enable one to use it year round. Pahari madra is prepared from legumes such as chickpea, kidney beans, black eyed beans, cardamom, aniseed, cinnamon , bay leaf, yoghurt and ghee. Mah ki dal ke pakode is a dish made from dehusked and soaked black gram dal. Badi and Sepubadi are some more must- taste legumes based dishes.

jhol, Khadi, khodu, redu are some side dishes prepared from milk.

Patrode, gharyali bhuji are the dishes made from tubers in hamirpur. Along with all these the demand for fish and meat are much. The rivers and canals being home to different fishes and sometimes even imported from the neighbouring districts.

Hamirpur district was carved out of Kangra district in 1972. the district being closely associated with the Katoch dynasty. hamirpur district was the part of old- jalandhar trigarta empire. the people of this kingdom are said to be great warriors and fighters. The town derives its name from the ruler Hamir Chand who ruled in the period 1700-1740 from the Katoch dynasty. Scholars are of opinion that it was earlier called Trigarta of which we find reference in Mahabharata. It is said that the king who sided duryodhana during the kurukshetra war was actually the trigarta king. It is also said that civilization in this part was thriving long before mahabharata.

A bulk of the population of Hamirpur speaks Hindi, other than that western pahari which is most prevalent. Punjabi is also spoken in some parts of the district.

The winter season is said to be the best season to visit hamirpur. The climate is comfortable for adventure and sightseeing. October to march are the peak seasons to visit when you'd need woolen clothes. Summers are uncomfortable, extremely hot and humid. The climate of the district is similar to hill stations.

Hamirpur boats a rich culture. It soaks in spirituality bringing devotees of temples from across the countries. It's tradition and cultures are influenced from folk literature and said to be passed on from one generation to another since ages. The life at hamirpur is described as simple yet vibrant. The  native dance form and songs are the way through which occasions, festivals, wedding, fairs are celebrated in the place. Gidha, a popular folk dance for women whereas chanderwali is a dance form in which only men can take part. Jetras are folk song sung by women whereas jheras sung by men. Tabla , flute, dholak, shehnai, dumroo, nagara, thali, dafli etc accompanies the celebration.

Hamirpur is popular for colourful and vibrant fairs, of which some are also organized by the government. Hamir-Utsav and Holi fair are famous.

The culture of hamirpur is also similar to Kangra as it was once part of it.

The traditional dress called Pattoo is worn by local women, it is thicker and heavier than shawl and bright in colour. Dhatu or tippu used to cover the head. The shawls of hamirpur are very famous due to the intricate embroidery and designs. Women wear light ornaments in daily life whereas love to wear in festivals and occasions silver and gold ornaments are most prevalent.

This small district of Himachal has a lot more in store for you, to explore them you'd need to find a comfortable stay. Mytravaly.com brings to you the most exclusive accommodations completely on your budget. hurry up to grab the best deals of the season. And don't forget to follow mytravaly on all social handles to get fresh updates upon deals and content related to travel.