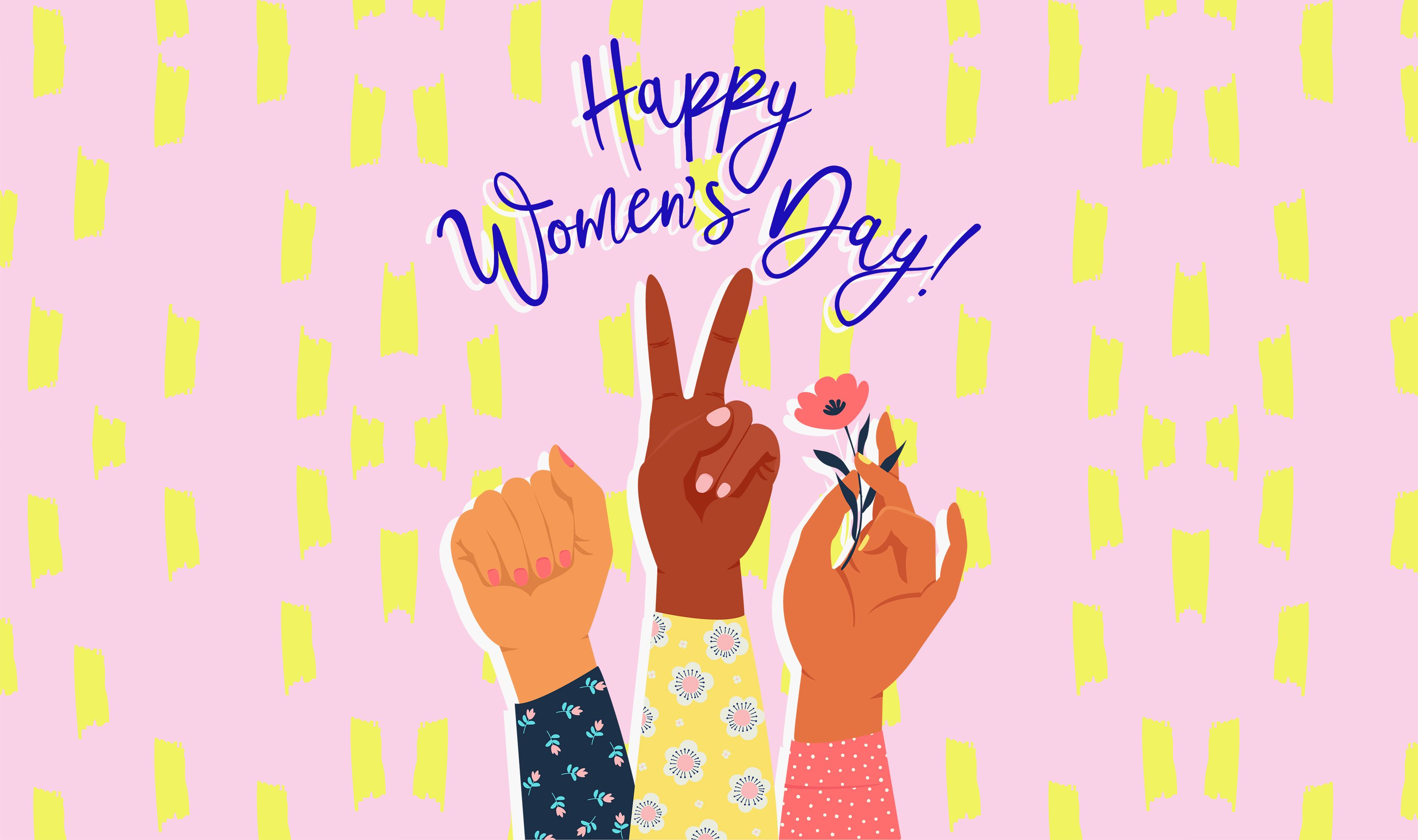 To a random discussion on gender equality in the 'Dil Dhadakne Do", Manav (Rahul Bose) proudly states, "Till the generation of my dad not a single woman worked and then I allowed Aisha(Priyanka Chopra Jonas) to handle the business" to which Sunny (Farhan Akhtar) mockingly says," and why did she need your permission??", all our reactions are the same as the child who says "I love you" to him XD.

But do you know the most painful part of this scene, it wasn't Aisha seeking his permission to work, but our 'awww' reaction to Farhan's statement. Because understanding this fact is not a privilege but our basic right.

And such a trifling amount of people, in this crammed world agree upon this, which makes us go awww for if someone understood.

Do you know the three most common injustices faced by women across the globe??

Sigh of Relief! your country is not the only one suffering from this.

By the evening when you'd probably  prepare a tea and take a break to enjoy the evening with snacks, whooping 39000 'Underaged' girls would have already stepped into their in-laws ' homes.

Also by the time you're on an outing on Sunday, 100 women would already be killed just for honour.

Feeling sorry for them ?? Well, There are 1 out of 3 chances that even you'd experience violence or abuse simply if you're a woman or maybe had already done so.

Past evidence demonstrates how women have been responsible for producing heirs to continue the family lineage. The motive of their existence had been to nourish, train and take care of the male members of the family.

Our history has a plethora of evidence of princesses being married to conquerors after being defeated to maintain political relations. Women, being given away as gifts, the customs to let a guest sleep with the host's wife have affected the position and temperament of women in profound ways.

The structure of family, school, universities, temple, marriage, workplace, government, media and law have evolved in a manner that tends to suppress capabilities of women ever since in history. And the role of women has not been of an equal partner but of a subordinate wife.

The International Women's day campaign of 2021 has chosen the theme #choose_to_challenge. It calls for all of us to call out on  the gender biasness, inequality and discrimination. And encourages all the people to challenge the inequality faced at various places.

Like how women came together and liberated by realizing other women sharing similar grievances which weren't just frustration to difficulty in fitting into social norms, but of their secondary status in a male -dominated society.

And then the world saw a dramatic shift in women's participation in family. Where They emerged not only as outstanding wives and mothers but also as breadwinners and family heads. The issues around marriage, child and gender roles started being voiced.

Not very long ago would women renounce their future-commitment and interests until marriage to follow the choices of their husband.

An increased awareness of marriage such as divorce, widowhood, employment and their conscious planning towards them is what we witness today.

The shift in consciousness in marital timing, career, education and body choices speaks volumes current awareness among women. Women no longer accept the traditional expectations of their family,  and continue to abide by their role of mother, homemaker without giving up on their identities. They tend to break social norms and develop autonomy and have taken control of their own lives.

80 % of women have faced disadvantage at work for simply being a woman.

Even then, the 'non-traditional' career choices that women are making today have  baffled us. Which is letting people know what role a woman can play at work. They are taking a stand for every disadvantage which was considered a norm. They are taking multiple roles in life for not facing social stigma. Most women have two careers, one a homemaker and her work, handling everything simultaneously is equally difficult, also a large part of the workplace simply doesn't take a female employee's opinions seriously. Yet, the work place is no longer single- handedly being dominated by men by any means today.

Bollywood films have objectified women quite a number of times, yet there has been an increase in momentum of gender equality in recent years.

The movie 'Queen' also develops a fresh perspective on women, by successfully portraying a journey of a frightened Punjabi girl on a foreign land to a strong and bold woman who embraces the culture of Europe rather than getting shocked.

If you haven't watched "Pink '', let me tell you you'd connect with it no matter if you've experienced anything similar. The movie outrageously questions the most common societal norms like when always girls have to watch their backs when they're out at night. It has simple but powerful dialogues that are apt in every situation no matter your gender like NO means a No.

'Lipstick under my Burkha' embraces female sexuality gracefully. The movie has exhibited the little freedom that women of small towns seek secretly. Teaches each woman as well as men to boldly claim their desires.

Celebrities such as Priyanka Chopra Jonas, Kangana Ranaut, Vidya Balan have proven to be the building blocks of empowerment of women in society by becoming an inspiration.

The strong and bold Kangana Ranaut has quite often talked about making her way into the industry by all through the struggles till she made her name. In Spite of the various controversies she poses an example of a fearless and independent woman who can fight for herself all alone.

Vidya Balan in an interview with Filmfare narrated her journey on struggles with weight loss due to health issues and learning self-acceptance. She has been intolerant against body shaming and also endeavours to create more awareness about it time and again.

Even the International figure Priyanka Chopra Jonas in an interview with American talk show admits how she was body shamed since teenage years for looking different.  She said, "I think it happens to all of us especially in our business where you are supposed to look a certain way, dress a certain way, and yeah, you get pressure from everyone around. You need to figure out what your strengths are, put them in a box and just focus on those''.

Apart from the above some feminist men like Farhan who not only agree but inspire millions to be a man who respects women and their choices. He says ,'“Gender violence and gender inequality is not just a women’s issue. It’s also a man’s issue. It’s not just because we have mothers, wives, sisters and daughters. We’re here because it’s a human rights issue and we are all human beings.”

Shah Rukh khan, who places female leads' names in the credits roll before his own says," I’m bringing up my sons to treat all as equals; as boys, they will have no extra privileges over girls”, upon teaching children the importance of equality from a young age. He also said, “When we say, ’empower women’, there is nothing like empowering them. They are more powerful than us. All we need to do is genuinely give all the ladies an even playing field. That’s all they are asking for.”

Today not only the women are fearlessly exploring the  travel domain (considered leisure activity) but also inspiring, educating, empowering other female travellers around the world. They aren't any more dependent on the male companion for luxury retreats, country tours and serene escapes from daily stress.

Female mountaineers, cruising sailors, adventurers and  overland explorers have been emerging extensively in the past few decades. There has been a remarkable upsurge in solo female travellers, the trend is on pace and good news too. The latest statistics on women travellers show that women only travel agencies have witnessed 230% increase in their customers. And 65% of women have travelled without their partner in the US. 59% of female solo travellers would travel again in the next 12 months.

The current generation women know their rights and stand up against inequality, understand the importance of financial independence, choose the career they want, do not chase marriage, are vocal about their choices and do not necessarily tolerate the decisions given by other people. And so today, we choose to celebrate the achievements and endeavours of every person who chose to create this inclusive world.

And Mytravaly.com encourages all the women solo travellers and urges them to enjoy even more comfort through providing seamless benefits on multiple aspects of booking an accommodation for their independent trip and explore all that is in store at MyTravaly's closed community.

If you also have #respect for all the female travellers out there drop a purple, white or green heart (colours of international women's day) in the comment mentioning your female inspiration/mentor to start a conversation on them.